We are very excited to announce the winners of our No Lie Notts competition. After a busy weekend in mid-April of reading and discussing the scripts we received we decided we would produce and develop 3 scripts for performance at this year's FONT Festival.

These plays are: The Absence of Consequence by Jack Burrows, The Big Hat by Martha Patterson and Measuring Us by Kayleigh Phillips. These represented the three scripts that excited us the most about staging them publicly during FONT and had some real potential to develop further. They are also a brilliantly varied selection of scripts from writers from near (Kayleigh from Nottingham, Jack from Mansfield) and far (Martha is based in Boston, MA having lived in the UK for a number of years). Looking at themes of honesty and wanting to hear authentic voices for the city we live in, the three winning scripts comment on , its setting and what maybe normally goes unsaid. 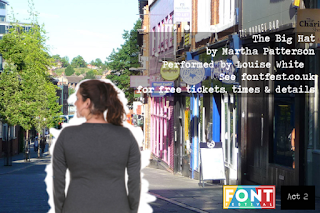 Wednesday 27th May, 6:30pm, upstairs at The Lord Roberts before Conversation Garden - The Big Hat by Martha Patterson, performed by Louise White. 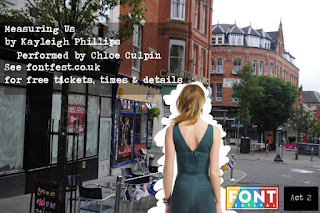 Thursday 28th May, 6:30pm, upstairs at Lee Rosy's before Honest - Measuring Us by Kayleigh Phillips, performed by Chloe Culpin. 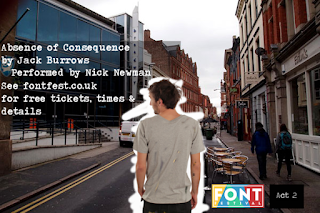 Friday 29th and Saturday 30th, 6:30, before Honest/Limbo - The Absence of Consequence by Jack Burrows, performed by Nick Newman.

These are all free events and part of FONT Festival. 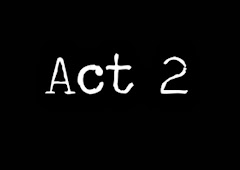